Here's a look at Ariel, played by Broadway newcomer Sierra Boggess, as she swims alongside Prince Eric (Sean Palmer) and the crew of his ship along with a glimpse of Tony nominee Sherie Rene Scott as Ursula.

The Little Mermaid is scheduled to officially open on Broadway Dec. 6. 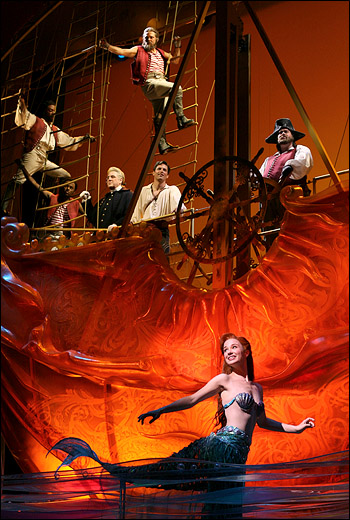 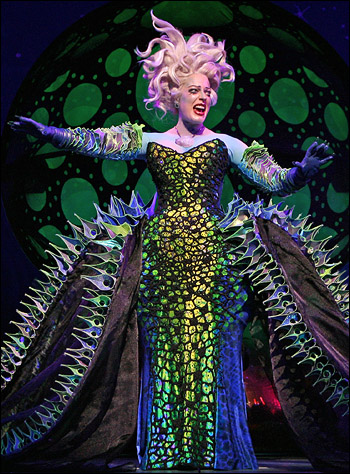