Sweatin' to the Broadway Oldies

toggle search form
Inside Track   Sweatin' to the Broadway Oldies
By Blake Ross
When the biggest Broadway opening is a Pop Tarts store, you know it’s a slow month.

In an attempt to combat our collective boredom, my pal Frank DiLella, producer for NY1’s “On Stage,” decided to assemble an A-list of Broadway talent (and me) to test out the newest Nintendo Wii game, "Dance on Broadway," which recreates Broadway choreography from shows like Legally Blonde, Hair, Little Shop of Horrors and Cabaret. 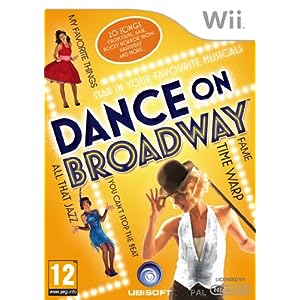 Frank and I met up with cutie Broadway couple Orfeh and Andy Karl to do a little dancing.  What none of us realized was that there was nothing “little” about the amount of dancing (or sweat) we’d be experiencing during what was supposed to be a lazy summer afternoon.  We were all in for a surprise.

We decided to kick things off with something easy:  a little “Bend and Snap” to get the juices flowing.  Seeing as Orfeh and Andy were in Legally Blonde on Broadway, and did — or in Andy’s case, watched — this number every night, you’d think this would be easy. Not so much.  After three minutes of bending and snapping Wii-style, we were ready to throw in the towel (or the Wii controllers).  In all fairness, it may have been a little harder for Orfeh since I refused to let her just dance and kept screaming “Sing, Orfeh, sing!” like I was a wheezing mama Rose.

So we decided to switch over to something with less bending and more snapping: “All That Jazz” from Chicago. Turns out, Bebe Neuwirth has that body for a reason — painting the town is hard work.

This game is not for the weak of heart (or the lazy editor who spends most of her time sitting at a desk playing on the computer).  But, it’s loads of fun— a  workout for all you Broadway lovers who have always wanted to dance on Broadway…but never had the video game to teach you how.

Frank did a lovely job of cutting together this piece that aired on NY1 and made us all look like Wii pros. Thanks to him for leaving out the part where I cried, “My thighs hate me!”