The production received a positive review from the New York Times' Howard Taubman. "If generous, trusting Irma-La-Douce is enough for the milieu," he wrote, "she is all that the stage of the Plymouth Theatre will require for a long while."

The musical ran for 524 performances before closing Dec. 31, 1961. A non-musical film version was made in 1963 starring Jack Lemmon and Shirley MacLaine.

Read a Playbill from the 1960 production in the Vault. 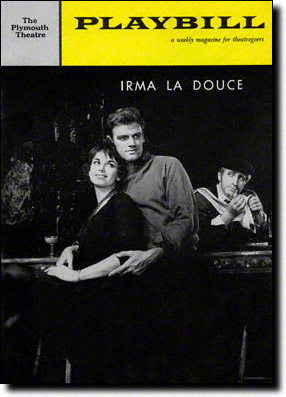